Well built, although I felt Mr Prata's "C primer plus" more precise and clearer, but that's certainly linked with the language itself.

Currently reading through the book and have to say i am impressed. Learning C++ on my own and compared to other books I have read this makes the most sense. Although, the best way to learn is by trial-and-error and of course experimenting, this book will be a great reference in the future. 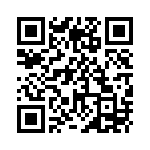