VIETNAM: THE NECESSARY WAR: A Reinterpretation of America's Most Disastrous Military Conflict

A single-minded interpretation of the Vietnam War based on the author's conviction that the conflict's overriding issue was a Moscow-directed international communist conspiracy. Retro cold warrior ... Read full review

Vietnam, the necessary war: a reinterpretation of America's most disastrous military conflict

As they say, it's all in the timing. Twenty years ago, this thoroughly documented book would have rocked the publishing world. Today, though full of new sources and insights, it is a document of that ... Read full review

Michael Lind is a senior fellow at the New America Foundation and the Washington editor of Harper's Magazine. He is also the author of five previous books, including The Next American Nation and Up from Conservatism. He has written for The New York Times, The Washington Post, Foreign Affairs, The Atlantic Monthly, The New Yorker, The New Republic, and other publications. He holds a master's degree in international relations from Yale University and a law degree from the University of Texas. He lives in Washington, D.C. 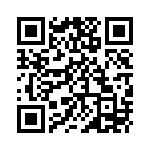