Andre Viette is one of the most respected nurserymen in America. Viette is highly regarded as an educator, author, lecturer and gardening communicator. He and his son Mark can be heard each Saturday morning from 8:00am-11:00am answering gardening questions on their live call-in show, "In The Garden." The show is currently heard on over 60 radio stations in eight states and Washington, D.C. Andre has contributed to numerous books, journals, national magazines, and newspapers. He has received "The Garden Media Promotion Award" from the Perennial Plant Association, the "Medal of Honor" for his outstanding contribution to horticulture from The Garden Club of America, the "Distinguished Lecturer Award" from the American Horticulture Society, and numerous other distinctions.Andre lives in Fishersville, VA where he has developed Andre Viette Farm and Nursery, growing over 3,000 varieties of perennials for the sun and shade.

Mark Viette is a nurseryman, lecturer, and alternate host as well as President and General Manager of Viette Communications, which produces and distributes "In The Garden." In addition, Viette serves as the Director of Marketing and Sales for the Andre Viette Farm and Nursery and is a Horticultural Instructor at the Blue Ridge Community College. A frequent contributor to horticulture journals, he holds a Bachelor of Science degree in Horticulture from Virginia Tech, and has completed five plant-finding trips to Europe and South America in search of exotic perennials to introduce to American home gardens.

Jacqueline Hériteau is one of America's most highly regarded garden writers. She has written more than thirty books on gardening and cooking and countless articles for magazines and newspapers. She was General Editor of The Good Housekeeping Illustrated Encyclopedia of Gardening and the recipient of the American Association of Nurserymen's Communicator of the Year Award. Jacqui is a Fellow of the Garden Writers Association. 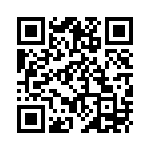