Next Time You Walk into a Doctor's Office If you think about it, when was the last time you walked into a doctor's office and felt completely comfortable telling that person intimate private details ... Read full review

Jonathan B. Imber is the Class of 1949 Professor in Ethics and professor of sociology at Wellesley College. He is the author of Abortion and the Private Practice of Medicine. 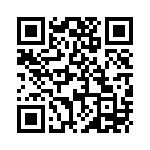