This book was given to me by my mother who received it from her mother in 1961. i have prepared many recipes as well as dined at the restaurants they originated, and can attest the Arroz con Pollo ... Read full review 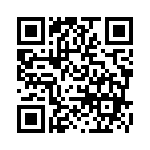