Blimey, that took longer than I thought it would - partly because, being composed of short articles, you need to digest each one separately and then decide when you feel like moving on to the next one ... Read full review

bout the Author: Sir Peter Medawar, OM, 1915-87, was born in Rio de Janeiro and educated at Magdelen College, Oxford. He began research in H. W. Florey's department at Oxford in the early days of the development of penicillin. After professorships at Birmingham and University College London, he became Director of the National Institute for Medical Research. His scientific reputation is based mainly on his research in immunology, which helped make transplant surgery possible. In 1960 he won the Nobel Prize for Medicine for his work on tissue transplantation. Elected to the Royal Society at the age of 34, he was also a Fellow of the British Academy - a rare honour for a scientist. Sir Peter wrote a number of books for a general audience, including Pluto's Republic (1982), The Limits of Science (1985), and Aristotle to Zoos (1983, with Jean Medawar). A further collection of his essays, The Threat and the Glory (1990), was published after his death. 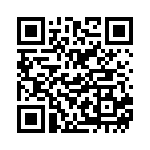