A definitely must read for any Philosophy student or anyone interested in knowing the origins of Western thought. Here you find all the known fragments of the early Greek Philosophers without ... Read full review

Disregard the "Biography" taken from Wikipedia and substitute this one from the same source:
Kathleen Freeman (June 22, 1897 - February 21, 1959) was a British classical scholar and (under the pseudonym Mary Fitt) author of detective novels.
She was born at Yardley, Birmingham, the daughter of a commercial traveller; she attended the University College of South Wales and Monmouthshire in Cardiff (BA 1918, MA 1922, DLitt 1940) where she was appointed Lecturer in Greek in 1919. She lived from some time in the 1930s till her death at Lark's Rise, a house in St Mellons (now a district of Cardiff). She resigned from the University in 1946.
In 1936 she chose the pseudonym Mary Fitt for her mysteries, writing 27 books and a number of short stories, many of which feature detective Inspector (later Superintendent) Mallett. Between 1946 and 1954 she published a number of books on classical subjects aimed mainly at what she called "ordinary people" rather than specialists; these included The pre-Socratic philosophers (1946), The murder of Herodes and other trials from the Athenian law courts (1946), The Greek way: an anthology (1947), Greek city states (1950), God, Man and state. Greek concepts (1952), and The paths of justice (1954). She also wrote T'other Miss Austen (1956), a study of Jane Austen. 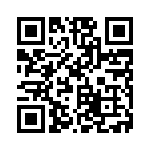