Elisa Makunga is a mediator, travel writer, harpist and student of Tibetan Buddhism. Her work as a mediator and human relations specialist has taken her to every corner and ethnic neighborhood in Los Angeles County. She lives and works in Los Angeles.

David Madsen is a novelist, screenwriter, musician and traveler. His books include “Vodoun”, a novel set against the backdrop of Haitian politics and voodoo and “U.S.S.A.”, a speculative mystery set in Russia, which became a Book of the Month Club selection and was translated into several languages. He is the screenwriter of “Copycat”, the Warner Brothers thriller starring Sigourney Weaver and Holly Hunter. He is a fourth generation Californian and unrepentant Angeleno. 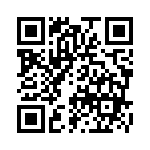