Angela Emily Neveins is a Jamaican born author. She grew up and lived in Springfield, Massachusetts. Currently residing in Houston, Texas, Angela has worked hard to set a fine example for her five children. By overcoming the negativity which prevented her from writing for so long, Angela is hoping to set an example for her children, the way Oprah Winfrey, J.K. Rowling, Mia Angelou, and Terry McMillian, have inspired her that anyone can achieve their dreams.

Angela owes thanks to the support of her mother, her brother Reggie and his wife Bianca.

When she is not writing, Angela enjoys exercising, listening to music, spending time with friends and family, watching sports and movies, and traveling. 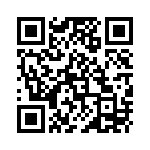