Glenn Painter is a fifty-two-year-old man who was born in Mobile, Alabama, and formally worked for Cadillac. He moved to Merritt Island, Florida, (Central Florida) in 1967 where he attended and graduated school. In 2006, he moved to Atlanta, Georgia, which is where this story originates. In 2013, Mr. Painter moved back to the Central Florida area where he now resides with his family and is currently writing a new novel that will be completed very soon. 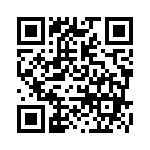