In the first book of the series, the Johnson family travels from Middle Georgia to Washington, D. C. to visit historic sites, including the White House. Along for the ride is Liberty, an adventure ... Read full review

MaryTherese (MT) Grabowski doesn’t just bleed red. Red, white and blue to be more precise! This only daughter of six children born into an Air Force family has a patriotic gene that has only strengthened with life experiences.

Grabowski’s imagination gave her a passion for writing and storytelling. After graduation from Wesleyan College with a degree in Communications, Grabowski spent the next twenty years in broadcasting. First on the air in radio and then as a reporter and television news anchor. The military and government were two of this award winning journalists beats, so telling those stories not only honed her skills it made her passion for patriotism and writing to help keep people informed grow.

She was lured from the broadcast news business into the military advocacy world where she spent six years defending Robins AFB Georgia and our United States Air Force at the local, state and national levels as the Executive Director of a non-profit organization. It was during this time that something life changing happened. Her then 13 year old niece wanted to go to Washington DC on a trip. Grabowski told her niece that they would vacation to DC. later in the year for a fun, but educational trip!

One day during the Presidential Campaign in 2008 Grabowski and Sam were listening to the radio in the car when a story came on about Barack Obama winning the Democratic Nomination. The news story was discussing who his potential cabinet members might be. Grabowski asked Sam, “Can you tell me who makes up The President’s Cabinet?” Samantha without hesitation responded, “Why do I care who makes his furniture?” Needless to say Grabowski almost wrecked the car. This bright, well-educated niece was serious. Grabowski quickly learned that most students don not seriously learn about government until they are a sophomore in high school. To the author, that was alarming as in two years, students will be eligible to vote.

After a restless night of sleep, the character America Johnson and The Spirit of America Series was born. 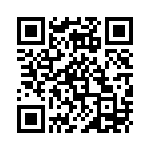