Very helpful and balanced (doing these things as mere duty will be useless) look at a number of disciplines that a believer will gain benefit from. A few of the practices were quite new ideas for me and have challenged me significantly. Very worthwhile. Read full review

This is a book my church read for our Sunday teaching time. Our pastor and one of our other teachers led discussion of most of the chapters after the assigned reading. Whitney addresses the spiritual ... Read full review

Don Whitney has been Professor of Biblical Spirituality and Senior Associate Dean at The Southern Baptist Theological Seminary in Louisville, KY since 2005. Before that, he held a similar position (the first such position in the six Southern Baptist seminaries) at Midwestern Baptist Theological Seminary in Kansas City, MO, for ten years. He is the founder and president of The Center for Biblical Spirituality. Don grew up in Osceola, Arkansas where he came to believe in Jesus Christ as Lord and Savior. He was active in sports throughout high school and college, and worked in the radio station his dad managed. After graduating from Arkansas State University, Don planned to finish law school and pursue a career in sportscasting. While at the University of Arkansas School of Law, he sensed God's call to preach the Gospel of Jesus Christ. He then enrolled at Southwestern Baptist Theological Seminary in Fort Worth, Texas, graduating with a Master of Divinity degree in 1979. In 1987, Don completed a Doctor of Ministry degree at Trinity Evangelical Divinity School in Deerfield, Illinois. Currently, he is completing his Ph.D. at the University of the Free State in South Africa. Prior to his ministry as a seminary professor, Don was pastor of Glenfield Baptist Church in Glen Ellyn, Illinois (a suburb of Chicago), for almost fifteen years. Altogether, he has served local churches in pastoral ministry for twenty-four years. He is the author of Spiritual Disciplines for the Christian Life (NavPress, 1991), which has a companion discussion guide. He has also written How Can I Be Sure I'm a Christian? (NavPress, 1994), Spiritual Disciplines within the Church (Moody Press, 1996), Ten Questions to Diagnose Your Spiritual Health (NavPress, 2001), Simplify Your Spiritual Life (NavPress, 2003), and Family Worship (Center for Biblical Spirituality, 2006). His hobby is restoring and using old fountain pens. Don lives with his wife Caffy in their home near Louisville. She regularly teaches a class for seminary wives, works from their home as an artist, muralist and illustrator and enjoys gardening and beekeeping. The Whitneys are parents of Laurelen Christiana. Don's website address is www.BiblicalSpirituality.org. 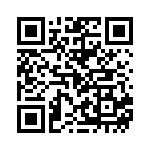