Born in Australia to an Irish father and a Scottish mother, Helen Lyndon Goff aka. P. L. Travers was a voracious reader and began to write while she was still a child. She did some acting but quickly moved into literary and dramatic criticism; she wrote some highly respected poetry as well. However, it is her series of books for children, starting with Mary Poppins (1934), on which her fame rests. The prim, kindly, and enchanting nanny takes charge of the Banks's household and brings the children a seemingly endless stream of fantasy adventures. The book was an immediate success. Walt Disney's (see Vol. 3) musical version, in 1964, brought the stories to an even wider audience. Subsequent books about Mary Poppins include Mary Poppins Comes Back, Mary Poppins Opens the Door, Mary Poppins in the Park, Mary Poppins from A to Z, and Mary Poppins and the House Next Door. Other more recent books include About Sleeping Beauty (1975) and Two Pair of Shoes (1980). Travers was made an Officer of the Order of the British Empire in 1977. She lived into advanced old age, but her health was declining toward the end of her life. Travers died in London on April 23,1996 at the age of 96. 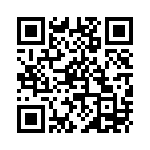