59 other sections not shown

Margaret Mitchell, 1900 - 1949 Novelist Margaret Mitchell was born November 8, 1900 in Atlanta, Georgia to Eugene Muse Mitchell, a prominent attorney, and Maybelle Stephens Mitchell, a suffragette. She attended Smith College from 1918-1919 to study psychiatry, but she had to return to Atlanta when her mother died during the great flu epidemic of 1918. In 1922, she married Red Upshaw but left him three months later and had the marriage annulled. In 1925, she married John Marsh, the best man at her first wedding. He died in 1952. Mitchell joined the prestigious Debutante Club, but her public drinking, smoking and her performance of an Apache dance in a sensual costume, ended that for her. She was refused membership to the Atlanta Junior League. She began her writing career as a feature writer for the Atlanta Journal. She authored a freelance column for the paper called Elizabeth Bennett's Gossip. Mitchell is the author of the best selling novel of all time, "Gone with the Wind" (1936). In 1939, the film version was a smash hit and it received ten Academy Awards. Scarlett's original name was Pansy, which was also the book's working title, but editors insisted that it would be changed because of its use in the North to refer to homosexuals. Other early titles of the book were "Tote the Weary Load" and "Tomorrow Is Another Day." It is believed that the character Rhett Butler was inspired by her first husband Red Upshaw, and the character Ashley Wilkes was inspired by her first fiance, the attractive and idealistic Lieutenant Clifford Henry. Henry was killed in France during World War I and Mitchell declared him as the one great love of her life. On August 16, 1949, Margaret Mitchell died of injuries she received when she was hit by an intoxicated cabdriver while crossing Peachtree Street in Atlanta. She was mourned by so many that tickets had to be distributed for the funeral. Published posthumously was "Lost Laysen" (1996), which was a novella Mitchell wrote in 1915, at the age of fifteen, as a gift for her boyfriend. 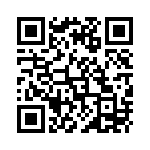