Helen Brown, born in 1954, is one of New Zealand's widest read, longest running columnists and a best-selling author. In 1991 she was awarded a Nuffield Press Fellowship to Cambridge University, UK. Helen has written nine books including: Florascope, In Deep, Clouds of Happiness, Tomorrow When It's Summer, and A Slice of Banana Cake. Her most recent book, Cleo, was released to wide acclaim landing on the New York Times Best Seller List its first week in bookstores. Before moving with her husband Philip and three children to Melbourne nine years ago Helen was a full time feature writer for the Sunday Star Times in Auckland. 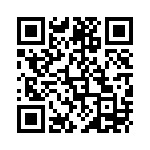