Patricia Wrightson was born in Lismore, New South Wales, Australia on June 19, 1921. During World War II, she worked in a munitions factory in Sydney. She wrote 27 books during her lifetime and entwined Aboriginal mythology into her writing. Her first book was The Crooked Snake. Her books have won many prestigious awards all over the world, including an OBE (Officer of the British Empire) in 1977, the Dromkeen Medal in 1984 and the Hans Christian Andersen Medal in 1986. She is a four-time winner of the Australian Children's Book Council Book of the Year Award: in 1956 for The Crooked Snake, in 1974 for The Nargun and the Stars, in 1978 for The Ice Is Coming and in 1984 for A Little Fear. She has also won the CBC Book of the Year, Young Reader Honour Book in 1998 for Rattler's Place: Aussie Bites. NSW Premier's Literary Award for children's literature has been named after her. She died of natural causes on March 15, 2010 at the age of 88. 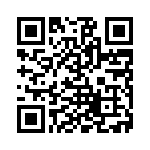