Lord Edward Christian David Gascoyne-Cecil was born on April 9, 1902 in Hatfield House, Hertforshire, England. "David Cecil" was educated at Eton College and he went on to Christ Church, Oxford, as an undergraduate. Upon his graduation in 1924 he became a Fellow of Wadham College, Oxford, until 1930. During this time he published his study of the poet, Cowper, which was entitled The Stricken Deer; this immediately secured his spot as a literary historian. In 1939 he became a Fellow of New College, Oxford, where he remained a Fellow until 1969, when he became an Honorary Fellow. In 1947 he became Professor of Rhetoric at Gresham College, London, for a year; but in 1948 he returned to the University of Oxford and remained a Professor of English Literature there until 1970. In his lifetime, Cecil wrote studies and biographies of many prominent authors including: Thomas Hardy, Shakespeare, Thomas Gray, Dorothy Osborne, Jane Austen and Charles Lamb. Cecil died on January 1, 1986. He was 83 years old. 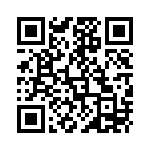