Robert Drewe was born in Melbourne, Australia in 1943. He grew up and was educated in Western Australia where he took up journalism with the West Australian in 1961. He was the literary editor for the Australian from 1971 to 1974. He won the Walkley Award (Australia's highest such award) twice for journalism in 1976 and 1981. Drewe's novel, The Drowner was shortlisted for the 1997 Miles Franklin Award. It also made Australian literary history by becoming the first novel to win the Premier's Literary Prize in every state. It also won the Australian Book of the Year Prize, the Adelaide Festival Prize for literature and was voted one of the ten best international novels of the decade. Other books by Drewe were also prize winners: Fortune won the National Book Council fiction prize in Australia. One of his anthologies, The Bay of Contented Men, won a Commonwealth Writers' Prize, while another, the bestseller The Bodysurfers, has been adapted for film, television, radio and stage. Robert Drewe is also a film critic, playwright and the author of several screenplays. His stage drama, South American Barbecue, was first performed in 1991. In 2015 he will be awarded a State Living Treasures Award by the Western Australian state government. The award is given to `highly regarded and skilledż career artists who have worked within or created work about Western Australia, passed on their knowledge to other artists, and demonstrated a commitment or contribution to the Western Australian arts sector. 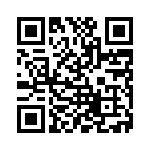