Australian author Ivan Southall was born on June 8, 1921. During World War II, he was a pilot and was awarded the Distinguished Flying Cross for his sinking of a German U-boat in 1944. After the war, he wrote an account of his squadron entitled They Shall Not Pass Unseen. Throughout his lifetime, he wrote more than 60 books for both children and adults. He won numerous awards for his work including the 1969 Picture Book of the Year award for Sly Old Wardrobe, the 1971 Carnegie Medal for Josh, and the 2003 International Phoenix Award for The Long Night Watch. He won four Australian Children's Book of the Year awards for Ash Road, To the Wild Sky, Bread and Honey, and Fly West. He also won the Order of Australia in 1981 and the Emeritus Award in 1993 for his contribution to Australian literature.He died of cancer on November 15, 2008 at the age of 87. 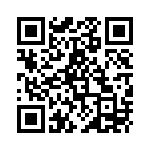