Esther Hautzig was born on October 18, 1930. During World War II, her family was exiled from Poland to Siberia, where they worked in labor camps. In 1947, she traveled via ocean liner to New York on a student visa. While aboard the ocean liner, she met the Vienna-born pianist Walter Hautzig, who was returning from a concert tour. They married in 1950. She enrolled in Hunter College, but never finished because a professor there told her that her accent would disqualify her from becoming a teacher. She took a job as a secretary at the publisher G. P. Putnam's Sons and later was promoted to children's books. During her lifetime she wrote numerous books including Let's Cook without Cooking (1955), Let's Make Presents (1962), A Gift for Mama (1987), Remember Who You Are: Stories About Being Jewish (1990), Riches (1992) and A Picture of Grandmother (2002). The Endless Steppe: Growing Up in Siberia (1968) won the Jane Addams Children's Book Award and the Lewis Carroll Shelf Award. She also translated stories by the Yiddish writer I. L. Peretz. She died of congestive heart failure and complications of Alzheimer's disease on November 1, 2009 at the age of 79. 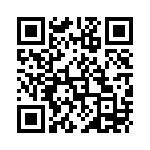