Lilith Norman was born in 1927. Before becoming an author, she worked as a children's librarian at Sydney Public Library from 1966 to 1970. Her first novel, Climb a Lonely Hill, was published in 1971. She joined the editorial staff of the NSW School Magazine and was the editor from 1975 until 1978 when she decided to write full time. Her children's books included The Shape of Three, A Dream of Seas, The Laurel and Hardy Kids, The Paddock, and Grandpa. She also wrote The Brown and Yellow: Sydney Girls' High School 1883-1983. She died on December 22, 2017 at the age of 90. 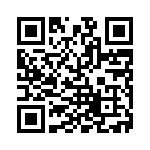