Ruth Park was born in Auckland, New Zealand in 1917. Park began writing early, regularly contributing poems and stories to the New Zealand Herald's children's page, as well as the Auckland Star and overseas newspapers such as the San Francisco Chronicle and the San Francisco Examiner. She attended secondary school by means of a National Scholarship. she was offered a copyholder's job in the proofreading department of the Auckland Star. Park met and married D'Arcy Niland and after their marriage the Nilands travelled through the outback of Australia for a time before settling in Surry Hills in Sydney where they earned a living writing full-time. While still in the outback they received news that the Australian Broadcasting Commission (ABC) had accepted a series of radio plays as well as Park's stories about a mouse for the Children's Session, thus beginning their long association with ABC radio. Park has written books for children of all ages; novels for adults; well-researched documentaries of place; scripts for film, television and, in greatest number, radio; articles for journals and newspapers, especially for the women's page of the Sydney Morning Herald; three autobiographies; plays and short stories; a biography of Les Darcy and an informative guide to Australia for German readers. Much of her work has been translated into other languages, some novels have been produced for stage, television and film and she has won numerous awards. Her most famous books are the trilogy of Missus, The Harp in the South and Poor Man's Orange, along with Swords and Crowns and Rings which won the Miles Franklin Award in 1977. She passed away in 2010. 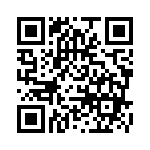