Maynard Mack was born in Hillsdale, Michigan on October 27, 1909. He received a bachelor's degree in 1932 and a doctorate in 1936 from Yale University. He taught at Yale University for 45 years before his retirement in 1978 and was a world-renowned expert on Shakespeare, Alexander Pope, and twentieth century literary criticism. He wrote numerous books including King Lear in Our Time, The Garden and the City, Collected in Himself, The Last and Greatest Art, Alexander Pope: A Life, Prose and Cons: Monologues on Several Occasions, and Everybody's Shakespeare: Reflections Chiefly on the Tragedies. He also served as an editor of The Twickenham Edition of the Poems of Alexander Pope, which has become the standard edition of the poet's work, and he edited several collections of contemporary critical essays. He died on March 17, 2001 at the age of 90.

James Anderson Winn was born in Charlotte, North Carolina on July 31, 1947. He started playing flute in the sixth grade and was able to study with Francis Fuge, the principal flutist of the Louisville Symphony, in the 1960s. Winn received a bachelor's degree in English from Princeton University in 1968. He then spent two years in the Army, playing flute in the Continental Army Band. He received a Ph.D. from Yale University in 1974. He taught at Yale from 1974 to 1983, the University of Michigan from 1983 to 1998, and Boston University from 1998 until 2017. His first book, A Window in the Bosom, was published in 1977. His other books included John Dryden and His World, The Pale of Words, The Poetry of War, and Queen Anne: Patroness of Arts. He also played the flute with orchestras or small ensembles. He died from pancreatic cancer on March 21, 2019 at the age of 71. 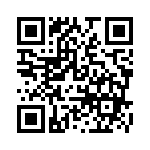