I’m getting to the point where Ali Smith novels go one of two ways with me. Either they simply don’t click, nothing connects, and I find myself starting to skim her prose—which makes me feel simply ... Read full review

Rating: 2.5* of five Just not what I would describe as a successful experiment; more a failed gimmick. "George"'s androgyny and Francesco's response to it probably sounded good in 2010 or so, as the ... Read full review

ALI SMITH's works of fiction include the novel Hotel World,which was short-listed for both the Orange Prize and the Booker Prize and won the Encore Award and the Scottish Arts Council Book of the Year Award, and The Accidental,which won the Whitbread Award and was short-listed for the Man Booker Prize and the Orange Broadband Prize for Fiction. Her story collections include Free Love,which won a Saltire Society First Book of the Year Award and a Scottish Arts Council Award, The Whole Story and Other Stories, and How to be Both, which was shortlisted for the Man Booker Prize and won the Baileys Women's Prize for Fiction in 2015. Born in Inverness, Scotland, Smith lives in Cambridge, England. 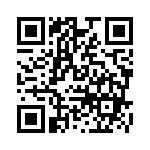