Patrick A. Messerlin, Visiting Fellow, is a Professor of Economics at the Institut d'Etudes Politiques de Paris and Director of the Groupe d'Economie Mondiale de Sciences Politiques (GEM) since its creation in 1997. GEM is a research unit seeking to improve the performance of French & European public policies in a global world. He has been a consultant to various international organizations & firms & served as a Senior Economist at the Research Department of the World Bank from 1986 to 1990. He is also a member of the Wise Men Group on State Aids (European Commission, Directorate General on Competition) & the Advisory Committee on Competition Issues (French Ministry of Economics). His current research deals with GATT-WTO issues related to competition & with changes related to progressive liberalization in services & to regulatory reforms. He has written several books on global trade policy, in addition to numerous articles for professional journals, including the Economic Journal, the European Economic Review, Weltwirtschaftliches Archiv, the World Economy, Economic Studies (OECD), European Economy (European Commission) & La Revue Economique. 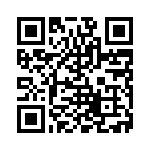