Sue Anne Batey Blackman is Senior Research Assistant in the Department of Economics at Princeton University. 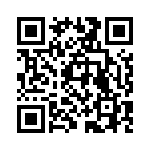