PETER C. KENT is Professor of History and Dean of Arts at the University if New Brunswick in Canada. He is the author of The Pope and the Duce (1981).

JOHN F. POLLARD is Professor and Department Head of History at Anglia Polytechnic University in England. He is the author of The Vatican and Italian Fascism, 1929-32 (1985). 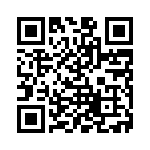