THE ART OF ARROW CUTTING

A dull, fatally Calfornian-cutesy exercise in wish-fulfillment. Not only is the protagonist basically omnipotent - he's omnipotent in a boring way that works against any faint inklings of suspense. Unless it's just that I don't find him as cool as the author clearly does. Read full review

Stephen Dedman is the author of the novels Foreign Bodies and The Art of Arrow Cutting. The latter was a finalist for the Bram Stoker Award for Best First Horror Novel. His award-nominated short fiction has appeared in most major genre magazines, including The Magazine of Fantasy and Science Fiction, Asimov's, and SF Age, as well as such highly regarded anthologies as Little Deaths, The Year's Best Fantasy and Horror, Dreaming Down Under, and Centaurus. A collection of his short work, The Lady of Circumstances, was published in 1999. He lives in Perth, Australia, and is currently working on a third novel of magic noir. 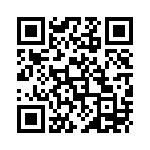