Mosley's 1971 novel offers sex and politics as it follows the dangerous affair between Parliament member Anthony Greville and Natalia, the wife of a colleague. Read full review

Nicholas Mosley was born on June 25, 1923. During World War II, he joined the Rifle Brigade and won the Military Cross. He read philosophy for one year at Oxford University. His first novel, Spaces in the Dark, was published in 1951. His other novels included Accident, Impossible Object, and Hopeful Monsters, which won the Whitbread book of the year in 1990. He wrote biographies of poet Julian Grenfell, Russian leader Leon Trotsky, and Father Raymond Raynes. He was best known for his two-part biography on his father Sir Oswald Mosley, the founder of the British Union of Fascists, entitled The Rules of the Game and Beyond the Pale. He died on February 28, 2017 at the age of 93. 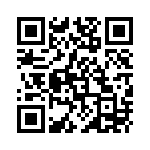