John Creasey was born in Southfields, Surrey on September 17, 1908. He was educated at Fulhan Elementary School and Sloane School, both in London. From 1923 to 1935 he worked in various clerical, factory, and sales jobs while trying to establish himself as a writer. His first book was published in 1930 and first crime novel, Seven Times Seven, was published in 1932. In 1935 he became a full-time writer. He published 29 books in 1937 alone. In 1953, Creasey was a main force behind the founding of the British Crime Writers Association. He won the Edgar Allan Poe Award in 1962. He also was several times an unsuccessful candidate for Parliament, and in 1967 he founded the All-Party Alliance movement, urging voters to choose the best candidate regardless of party. During his lifetime, he published 562 books under 28 pseudonyms. His novel Gideon's Day was adapted into a movie in 1958, directed by John Ford. He also wrote plays, short stories, and juvenile books. He died on June 9, 1973. 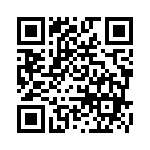