THE SWORD OF SHANNARA

A sword-and-sorcery narrative a la Tolkien, being introduced with some fanfare in simultaneous hard-cover and trade paperback editions. As in The Lord of the Rings, a small band of comrades—Man, Elf ... Read full review

This series I would rate, on a difficulty scale, between Harry Potter and Tolkien. The major components are very similar to the Lord of the Rings trilogy but definitely easier to consume for a younger reader. I thoroughly enjoyed this series around eighth grade. I hope you will too. Read full review

Terry Brooks was born in Sterling, Illinois on January 8, 1944. He received a bachelor's degree in English literature from Hamilton College and a graduate degree from the School of Law at Washington and Lee University. Before becoming a full-time writer, he was a practicing attorney for many years. His first book The Sword of Shannara (1977) was the first work of fiction to appear on the New York Times Trade Paperback Bestseller List. He made the list again with his title The High Druid'd Blade: The Defenders of Shannara. His other works include the Word and Void trilogy, The Heritage of Shannara series, Magic Kingdom of Landover series, The Voyage of the Jerle Shannara series, High Druid of Shannara series, Genesis of Shannara series, and the novelization to Star Wars Episode I: The Phantom Menace. 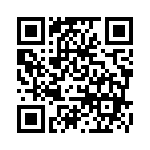