From postulant to internationally-known interfaith writer Karen Armstrong’s life has been like a seesaw in The Spiral Staircase with trials, disappointments, and acclaim. Armstrong was certain that ... Read full review

As someone who has discarded religion but searches for spirituality, this book was a touchstone. Armstrong's description of finding bliss in her research and her writing is a place I can relate to. If ... Read full review

Karen Armstrong is the author of numerous other books on religious affairs, including A History of God, The Battle for God, Through the Narrow Gate, Holy War, Islam, and Buddha. Her work has been translated into forty languages. She is also the author of three television documentaries and took part in Bill Moyers's television series Genesis. Since September 11, 2001, she has been a frequent contributor to conferences, panels, newspapers, periodicals, and throughout the media on both sides of the Atlantic on the subject of Islam. She lives in London. 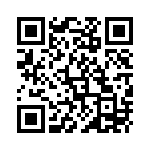