Joseph J. Ellis was born in Washington, D.C. on July 18, 1943. He received a B.A. from the College of William and Mary in 1965 and a M.A., M.Phil., and Ph.D. from Yale University. He was an instructor in the department of American studies at Yale University from 1968 to 1969 and an assistant professor in the department of history and social studies at the U.S. Military Academy at West Point from 1969 to 1972. He began his career at Mount Holyoke College as assistant professor in the department of history in 1972 and was made professor in 1979. Ellis was dean of the faculty at Mount Holyoke from 1980 to 1990. He retired from his position as the Ford Foundation Professor of History at Mount Holyoke College. He is the author of numerous books including After the Revolution: Profiles of Early American Culture, His Excellency: George Washington, American Creation: Triumphs and Tragedies at the Founding of the Republic, First Family: Abigail and John Adams, Revolutionary Summer: The Birth of American Independence, and The Quartet: Orchestrating the Second American Revolution, 1783-1789. He has received the National Book Award in Nonfiction for American Sphinx in 1997 and the Pulitzer Prize for History for Founding Brothers: The Revolutionary Generation in 2001. 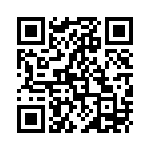