Poet, artist, and practicing physician of Rutherford, New Jersey, William Carlos Williams wrote poetry that was experimental in form, ranging from imagism to objectivism, with great originality of idiom and human vitality. Credited with changing and directing American poetry toward a new metric and language, he also wrote a large number of short stories and novels. Paterson (1946--58), about the New Jersey city of that name, was his epic and places him with Ezra Pound of the Cantos as one of the great shapers of the long poem in this century. National recognition did not come early, but eventually Williams received many honors, including a vice-presidency of the National Institute of Arts and Letters (1952); the Bollingen Prize (1953); the $5,000 fellowship of the Academy of American Poets; the Loines Award for poetry of the National Institute of Arts and Letters (1948); and the Brandeis Award (1957). Book II of Paterson received the first National Book Award for poetry in 1949. Williams was named consultant in poetry in English to the Library of Congress for 1952--53. Williams's continuously inventive style anchored not only objectivism, the school to which he most properly belongs, but also a long line of subsequent poets as various as Robert Lowell, Frank O'Hara, and Allen Ginsberg. With Stevens, he forms one of the most important sources of a specifically American tradition of modernism. In addition to his earlier honors, Williams received two important awards posthumously, the Pulitzer Prize for Poetry (1963) and the Gold Medal for Poetry from the National Institute of Arts and Letters (1963).

James Laughlin (October 30, 1914 - November 12, 1997) was an American poet and literary book publisher who founded New Directions Publishing. Laughlin won the 1992 Distinguished Contribution to American Letters Award from the National Book Awards Program. The Academy of American Poets' James Laughlin award, for a poet's second book, is named in his honor. Laughlin's works include: The House of Light, The Man in the Wall, The Country Road, Byways: A Memoir. Laughlin died of stroke complications at age 83. 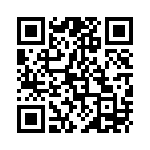