Ezra Pound, 1885-1972 Ezra Weston Loomis Pound ("Ezra Pound"), along with T. S. Eliot, was one of the two main influences on British and U.S. poetry between the two world wars. Pound was born in a small, two-storey house in Hailey, Idaho Territory on October 30, 1885. Between 1897 and 1900 Pound attended Cheltenham Military Academy, sometimes as a boarder, where he specialized in Latin. Pound graduated from the University of Pennsylvania and went abroad to live in 1908. The collection of his Letters, 1907--1941 revealed the great erudition of this most controversial expatriate poet. His first book, A Lume Spento, a small collection of poems, was published in Venice in 1908. With the publication of Personae in London in 1909, he became the leader of the imagists abroad. Pound's writings have been subject to many foreign influences. First he imitated the troubadours; then he came under the influence of the Chinese and Japanese poets. The Cantos (1925--60), his major work, to which he added for many years, is a mixture of modern colloquial language and classical quotation. The Pisan Cantos (1948), written during his imprisonment in Italy, is more autobiographical. Pound's prose, as well as his poetry, has been extremely influential. The Spirit of Romance (1910) is a revision of his studies of little-known romance writers. ABC of Reading (1934) is an exposition of his critical method. His critical writings include Literary Essays of Ezra Pound (1954), Instigations (1920), and Guide to Kulchur (1938). Pound was a linguist, whom Eliot called "the inventor of Chinese poetry for our time." His greatest translating achievements from Japanese, Chinese, Anglo-Saxon, Italian, Provencal, and French are collected in The Translations of Ezra Pound (1933). Among his other writings are Make It New: Essays; Jefferson and/or Mussolini, a discussion of American democracy and capitalism and fascism; and The Classic Noh Theatre of Japan, with Ernest Fenollosa. Living in Italy, Pound felt that some of the practices of Mussolini were in accord with the doctrines of social credit, in which he had become interested in the 1920s and 1930s. He espoused some of the general applications of fascism and also was a strong advocate of anti-Semitism. During World War II, he broadcast a pro-Fascist series of programs addressed to the Allied troops on Italian radio. Indicted for treason and brought to the United States to stand trial in 1946, he was judged mentally incompetent to prepare a defense and was committed to St. Elizabeth's Hospital in Washington, D.C. for over 12 years. After a concerted appeal to the federal government by American poets, led by Robert Frost, Pound was at last released in 1958 and returned to Italy. Pound died on November 1, 1972.

James Laughlin (October 30, 1914 - November 12, 1997) was an American poet and literary book publisher who founded New Directions Publishing. Laughlin won the 1992 Distinguished Contribution to American Letters Award from the National Book Awards Program. The Academy of American Poets' James Laughlin award, for a poet's second book, is named in his honor. Laughlin's works include: The House of Light, The Man in the Wall, The Country Road, Byways: A Memoir. Laughlin died of stroke complications at age 83. 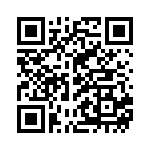