Jack B. Weiner was the author of a series of recovery books. Under his own name, he wrote the nonfiction book Drinking and the novel The Morning After, which was made into a television movie starring Dick Van Dyke. In 1989, he was hired to write a book for Compcare called A Day at a Time, which was published anonymously and became one of the seminal books for the 12-step recovery program. Under the pseudonym J. S. Dorian, he and his wife wrote several recovery books including A New Day, At My Best, Tranquility, A Time to Be Free, and Above and Beyond. He died on April 8, 2017 at the age of 88. 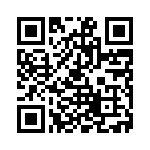