Very interesting scholarly work that opens up a vast area of Islamic sunna (traditions) and tafsir (interpretation) to Western readers. Of course it dispels the crude popular prejudice that Islam is inherently misogynistic. Read full review

About the Author:
Barbara Stowasser is Director of the Center for Contemporary Arab Studies at Georgetown University. 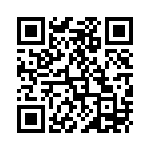