A coda to the "Raj Quartet". The Smalleys have stayed on after independence, and slowly endured a life of diminishing returns as the old colonial society departs, money is frittered away, aging sets ... Read full review

A standalone novel but truly a sequel to Scott's Raj Quartet, chock full of spoilers from those novels and with teasing glimpses of what happened to some of its characters. Colonel Smalley and his ... Read full review

Author Paul Scott was born in England on March 25, 1920. At the age of 16, he left the Winchmore Hill Collegiate School because of financial difficulties and started a career as an accountant. In 1940, he joined the army and was sent to India. After World War II, he worked as an accountant for two small publishing houses and then as a literary agent. In 1952, he published his first novel Johnny Sahib and in 1960, he decided to become a full-time author. He is best-known for his series the Raj Quartet and his novel Staying On won the 1977 Booker Prize. He also wrote reviews and was a visiting professor at the University of Tulsa in Oklahoma. He died on March 1, 1978. 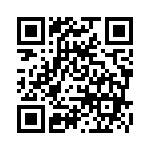