Anthony, a novelist and historian, avoids the social and the polemic in his novels; his work is a skillful recreation of the rural experiences of his youth in a style that avoids the excesses of political commitment and of avant-gardism. The Year in San Fernando (1965) is an ironic, first-person narrative of a twelve-year-old boy's experiences of a year in the city. Anthony's novels, such as The Games Were Coming (1963) and Green Days by the River (1967), focus more on problems in human relationships among friends, family members, and lovers than on problems of exile or identity. His historical works, especially his history of Trinidad, reveal a careful, sensitive historian. 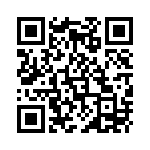