Foreign correspondent par excellence, Harrison Salisbury reported on World War II, Russia under Joseph Stalin and Khrushchev, Vietnam during the war, China, and numerous other hot spots around the world. He also covered the U.S. civil rights movement in the 1960s and inaugurated the op-ed page of The New York Times, a paper he was associated with for much of his career. Born into an intellectual family in Minneapolis, Salisbury got an early start in his career. After graduating from high school two years early, he worked intermittently as a reporter for the Minneapolis Journal while attending the University of Minnesota. When he was expelled from the university because of his crusading journalism, he joined United Press, and by 1934 was working in its Washington, D.C., bureau. During World War II, he reported from England, North Africa, and the Middle East, as well as Russia. In 1949, Salisbury went to work for The New York Times as the paper's Moscow correspondent. For the next six years, he got to know Russia and in 1955 wrote a series of articles on it that won him the Pulitzer Prize for international reporting. Salisbury joined the Times board in 1962 and became assistant managing editor in 1964. Still he continued to make his journalistic forays abroad. From December 12, 1966, to January 7, 1967, he reported from Hanoi, North Vietnam, the first American journalist to gain entrance to that country during the Vietnam War. His dispatches earned him several awards, including the Overseas Press Club's Asian Award, although the idea of an American reporting from enemy territory upset many people in Washington and elsewhere. The dispatches were soon turned into a book, Behind the Lines---Hanoi (1967). Salisbury retired from the Times in 1973. He produced 23 books, several of them dealing with social and political life in Russia under communism. He also wrote two novels and two autobiographical books.

J. C. Suares was a graphic designer and illustrator. During his lifetime, he designed or redesigned numerous publications including New York, the New York Times, and Variety. His illustrations also appeared in numerous publications including the New Yorker, Atlantic, and Publishers Weekly. He designed, wrote and illustrated more than 100 books including Hollywood Dogs, Funny Babies, Manhattan, Art of the Times, The Hollywood Dictionary, Sexy Dogs, and The Big Book of Cats. He died of a bacterial heart infection on July 30, 2013 at the age of 71. 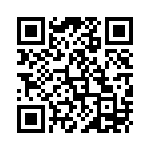