Sir John Drummond has been involved in the Arts for forty years, making radio and television programmes, writing for publications and sitting on councils and committees. He was Director of the Edinburgh International Festival for five years, and Director of the Promenade Concerts for ten seasons. In charge of arts programmes on BBC2 in the 1970s, he was later Controller of BBC Radio 3. 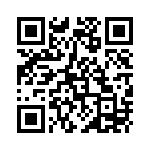