What could I give this book but a perfect score for the hoax poets James McAuley and Harold Stewart pulled off. A hoax in one hand and in the other the greatest modernist expression Australia has ever ... Read full review 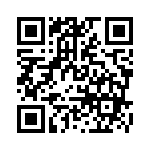