Sonya Hartnett was born on March 23, 1968 in Victoria. She is an Australian author of fiction for adults, young adults, and children. She was thirteen years old when she wrote her first novel and fifteen when it was published for the adult market in Australia, Trouble All the Way. For years she has written about one novel annually. According to the National Library of Australia, "The novel for which Hartnett has achieved the most critical (and controversial) acclaim was Sleeping Dogs" (1995). "A book involving incest between brother and sister and often critiqued as 'without hope', Sleeping Dogs generated enormous discussion within Australia. For her book Thursday's Child, she won the annual Guardian Children's Fiction Prize, a once-in-a-lifetime book award judged by a panel of British children's writers. Her titles include: The Boy and the Toy, Come Down, Cat!, Sadie and Ratz and The Children of the King. She will be attending the Sydney Writers Festival 2015. She made the shortlist for the Miles Franklin Literary Award with her title Golden Boys. This title also made the 2015 Prime Minister's Literary Awards shortlist. 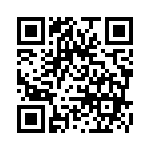