BLACK HOLES AND BABY UNIVERSES: and Other Essays

Superstar physicist Hawking—whose A Brief History of Time (1988) is ensconsed in the Guinness Book of Records for having had the longest bestseller-run in English-language history—returns with 11 ... Read full review

Black holes and baby universes and other essays

Hawking is quite probably the most admired and recognizable figure in science today. His A Brief History of Time ( LJ 4/15/88) was a surprise best seller that stimulated a public fascination with this ... Read full review

Stephen William Hawking was born in Oxford, England on January 8, 1942. He received a first class honors degree in natural science from Oxford University and a Ph.D. from Cambridge University. He was a theoretical physicist and has held the post of Lucasian Professor of Mathematics at Cambridge University from 1982 until his death. In 1974, he was elected a Fellow of the Royal Society, the world's oldest scientific organization. In 1963, he learned he had amyotrophic lateral sclerosis, a neuromuscular wasting disease also known as Lou Gehrig's disease. The disease confined him to a wheelchair and reduced his bodily control to the flexing of a finger and voluntary eye movements, but left his mental faculties untouched. He became a leader in exploring gravity and the properties of black holes. He wrote numerous books including A Brief History of Time: From the Big Bang to Black Holes, Black Holes and Baby Universes, On the Shoulders of Giants, A Briefer History of Time, The Universe in a Nutshell, The Grand Design, and Brief Answers to the Big Questions. In 1982, he was named a commander of the British Empire. A film about his life, The Theory of Everything, was released in 2014 and was based on his first wife Jane Hawking's book Traveling to Infinity: My Life with Stephen. He died on March 14, 2018 at the age of 76. 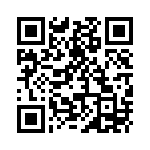