Merry Wiesner-Hanks is Professor of History at the University of Wisconsin, Milwaukee. Her previous publications include Women and Gender in Early Modern Europe (1993), Discovering the Global Past: A Look at the Evidence (1997) and Christianity and Sexuality in the Early Modern World: Regulating Desire, Reforming Practice (2000). She is co-editor of the Sixteenth Century Journal. 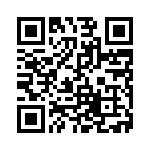