David Lindenmayer is a Research Professor at The Australian National University. He has worked on forests, wildlife and fire projects for more than 30 years, and published more than 960 scientific articles and 38 books on these and other topics. He is widely regarded as one of the world's leading ecologists and conservation scientists. He has received numerous awards and is a member of the Australian Academy of Science, an Australian Research Council Laureate Fellow and an Officer of the Order of Australia.

Esther Beaton is one of Australia's leading wildlife and natural landscape photographers. She has won numerous awards for her outstanding images.

Damian Michael is a Senior Research Officer in Ecology at The Australian National University. He has broad interests in landscape ecology, biodiversity conservation and herpetology and is responsible for managing a number of large-scale, long-term biodiversity monitoring and ecological research projects in NSW. He has published over 40 scientific papers in peer-reviewed journals and has co-authored two books. 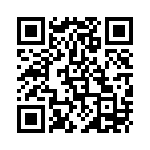