On the fringe: the dispossessed in America

Miller, a professor of social welfare, contends that the dispossessed by whatever name (hobos, vagrants, vagabonds, beggars, tramps, transients, even cowboys and hippies) are the consequence of ... Read full review

Henry Valentine Miller (December 26, 1891 - June 7, 1980) American novelist, was born in New York City. His most famous works, Tropic of Cancer and Tropic of Capricorn, were written while Miller was an expatriate living in Paris and were originally published in France in the mid-1930s. At that time, the two books were widely considered obscene in the United States, and they were banned from sale there until 1961. Some of Miller's other works include The Colossus of Maroussi and Big Sur and the Oranges of Heironymus Bosch. Henry Miller was married five times and he also had an extended love affair with Anais Nin. He died in 1980 in his home in Pacific Palisades, California. 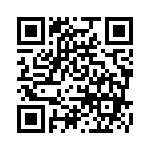