I am not typically a fan of this genre. However I remembered being incredible affected by the movie. When I saw the book on my Nanna's bookcase coupled with a six hour drive, I decided to take it along. I really enjoyed the book. I even caught myself crying at times. Read full review

Moving family saga set in the outback. Jessica fought for her independence from her family, especially her mother, with a degree of success. I enjoyed with book a good holiday read. Read full review

Bryce Courtenay was born in Johannesburg, South Africa on August 14, 1933. He studied journalism in London and then settled in Australia in 1958. Instead of becoming a journalist, he went into advertising and became a successful creative director. He won most of the local and international advertising awards and a gold medal for Best Documentary at the 1984 New York Film Festival. He started writing after he turned 50. His first novel, The Power of One, was adapted into a 1992 film starring Morgan Freeman and Stephen Dorff. His other novels include Jessica, The Potato Factory, Tommo and Hawk, Solomon's Song, Tandia, and Jack of Diamonds. In 1993, he wrote the non-fiction book April Fool's Day, which is a personal account of the death of his son Damon after he contracted AIDs from a routine blood transfusion. Courtenay died of stomach cancer on November 22, 2012 at the age of 79. 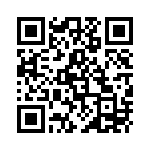