Bronwyn Bancroft was born in 1958 in Wales. She is a well known artist notable for being amongst the first Australian fashion designers invited to show her work in Paris. She has worked as an artist, illustrator and arts administrator. In 1985, Bancroft established a shop called Designer Aboriginals, selling fabrics made by Aboriginal artists including herself. She was a founding member of Boomalli Aboriginal Artists Co-operative. Art work by Bancroft is held by the National Gallery of Australia, the Art Gallery of New South Wales and the Art Gallery of Western Australia. She has provided art work for more than 20 children's books, including Stradbroke Dreaming by writer and activist Oodgeroo Noonuccal, and books by artist and writer Sally Morgan. She was nominated for the 2016 Hans Christian Andersen Award as illustrator along with author Ursula Dubosarsky. 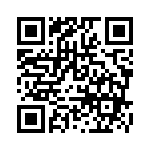