Judith Rodríguez was born Judith Catherine Green in Perth, Australia on February 13, 1936. She received a Bachelor of Arts degree from the University of Queensland and a Master of Arts degree from Cambridge University. She taught English at La Trobe University from 1969 until 1985 and at Victoria College (now Deakin University) from 1989 until her retirement in 2003. She was the poetry editor of the literary journal Meanjin from 1979 until 1982 and a poetry editor at Penguin Australia from 1988 until 1997. Her first poetry appeared in the 1962 collection Four Poets, under the pseudonym Judith Green. Her first solo collection, Nu-Plastik Fanfare Red: and Other Poems, was published in 1973. Her other collections included Witch Heart, Floridian Poems, and The Feather Boy and Other Poems. Water Life received the inaugural South Australian Biennial Literature Prize in 1978 and Mudcrab at Gambaro's received both the Sydney PEN Golden Jubilee Award for Poetry and the Artlook/Shell Literary Award in 1981. In 1994, she was made a Member of the Order of Australia, for services to literature. She died on November 22, 2018 at the age of 82. 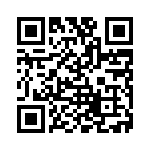